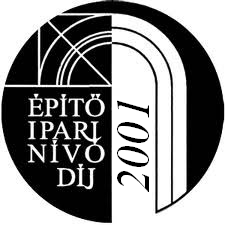 We established TUNEL Mélyépítő Gazdasági Munkaközösség (TUNEL Civil Engineering Business Partnership) in 1985. At that time most of us were full-time employees of Fővárosi Csatornázási Művek (Budapest Sewage Works) and were constructing house sewers and public sewers of smaller volumes. Ploughing back our profit, we were constantly using it for developing purposes and, consequently, we could perform larger and larger tasks.

By 1992-1993 the structure of today's TUNEL took shape. Due to the development of human resources and material assets, it already became suitable for fulfilling more significant assignments, as well. As a result of the aforesaid, we were awarded the construction tender of the full-scope drainage works of the village of Verőce. The construction works were completed in 1994.

This is when we developed our own service workshop for heavy duty machines at the premises in Csókakő Street. We became one of the contractors certified by the Budapest Sewage Works and, thanks to this, carried out several on-line reconstruction works in the collecting sewers of Budapest.

In 1996 we constructed the external sewer network of the first Hungarian shopping centre called Pólus Center.

In these years being awarded larger canalisation works was only possible through participating in tenders successfully. To facilitate this, since 1998 we have been working within the framework of the ISO 9001 and 9002 quality assurance standard.

As a subcontractor of AST Hungária Kft., we participated in the implementation of the Csepel II gas-turbine power station. We constructed the entire sewage network, the drainage system ensuring the disposal of the surface waters, the pre-treatment structures and the substructures of the 120 kV cables and of the terminal station. For out outstanding performance we were awarded the Construction Industry Niveau Prize in 2001.

As of 2000 we have won several contracts in the field of implementation works in the outer districts of the capital and constructed many kilometres of drainage network in the areas of the 15th, 16th and 21st districts being unsupplied until then.

Between 2001 and 2003, within the framework of the Széchenyi Plan, we renewed our equipment fleet by purchasing Caterpillar slewing excavators and front loaders. In 2004 and 2005 we replaced the old Kamaz trucks with MAN's.

In these years we were already constructing sewers with large diameters, too, arranged several kilometres of live watercourses and were participating in the construction of the public utilities of logistics and industrial parks and residential communities in Gyál, Budaörs, Üröm, Nagytarcsa and Biatorbágy.

Between 2004 and 2008 the IBIDEN particle filter plant, a Japanese project, was constructed in Dunavarsány. The external public utilities and the substructures of the roads and production halls of the nearly 80,000 m2 industrial facility were constructed by our Company. In the course of the works we constructed drains with different diameters in a length of 6.5 km, 2 km of water conduit, a dewatering structure for 20,000 m3 of rainwater and 12 km of cable duct. We moved 120,000 m3 of soil, placed 40,000 m3 of foundation layer and developed ornamental parks on 6 hectares.

As of 2006 we have also been engaged in building construction. Initially, we were constructing private houses up to the stage of being structurally complete but in 2007 and 2008 we already handed over to the Principals a 4-apartment condominium in Csömör and a 7-apartment one in Zugló, both turnkey projects.

We believe that we have covered quite a long way in the years having passed since the establishment of our Company. From very little we have become a little big. We have been working hard to keep this process going on.

Our objective is to always be able to provide our colleagues with sensible work and bread and to have enough goals and dreams coming true in the future, too! 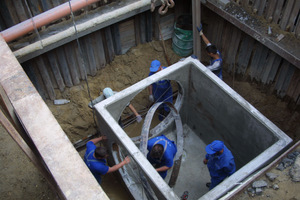